What Is Laser Skiving

Lasers come up in any number of high-precision processes in manufacturing, research, design, and other fields. Lasers are able to behave very predictably, making laser techniques highly repeatable. All of these properties push the drive for more and more laser-based services that aid in any number of functions.

One such service is laser skiving. It lives up to the precision expectations one might find when thinking about laser services. Skiving, in particular, has unique elements to offer in manufacturing spaces. 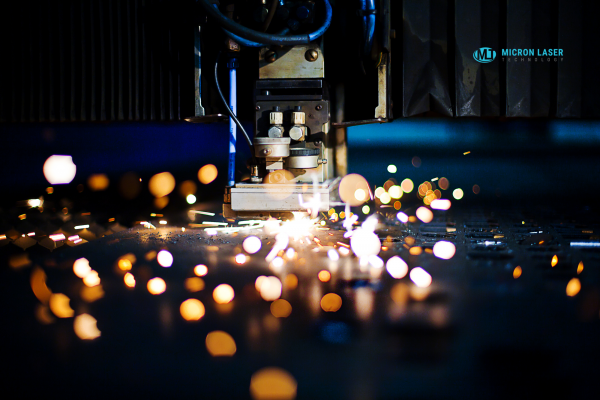 What Is Laser Skiving?

Laser skiving is a technique that is used to remove thin, single layers of material at a time. It has a wide range of applications that include cleaning surfaces, exposing underlying layers, creating etches or cavities, or cuts to shape topography, and more.

Laser etching provides a precise technique for controlling the surface of many materials, and the process can be adjusted to impact underlying layers as well. In all, it’s a valuable resource for manufacturers in many different areas of industry.

How Does It Work?

The process of laser skiving is the secret to its success. The entire concept is built around the idea of controlling the amount of energy delivered to a material over time. By doing this with appropriate levels of precision, a laser can remove exact amounts of material to desired depths.

Largely, laser skiving is controlled by determining how long the laser should be applied to a surface and to what pattern. In electronic manufacturing, for instance, the laser can be used to build the topography of a surface for precise design structures. Programming the laser’s path across the surface and exposure times are largely how the process succeeds.

Another important component of laser skiving is wavelength. As every material has inherent properties that govern how it absorbs electromagnetic radiation, knowing your materials is paramount to designing a laser skiving pattern.

Essentially, the skiving experts will pair laser wavelengths in accordance with material properties. By doing this, they can ensure that the material will absorb the desired amount of energy over a given time interval, thus only removing layers as desired.

Because of that, each material might require a different laser for the skiving process. Some materials are better served by infrared lasers while others require the use of UV lasers. A good skiving service requires multiple lasers of varying wavelengths in order to service a wider range of materials.

Depending on the different materials in a stackup or buildup of materials, selecting the right laser wavelength can be utilized to target a specific material as a stopping layer.  For instance, a material stackup could consist of a laminated polyimide film over copper or any other metal.  The metal layer can be targeted as a stopping layer by utilizing low power CO2.  The polyimide would be laser skived or removed down to the metal as polyimide absorbs the CO2 laser energy very well.  However, the metal layer reflects the laser energy and is left undisturbed by the laser skiving process.  The end result is an area or pattern of exposed copper.

An Overview of Applications

A prime example of laser skiving in medical manufacturing can be found in the production of catheters. The skiving can slice topography into the catheter to a precision of a few microns. Changing the surface topology can help the catheter better deliver drugs. The laser skiving process is more repeatable than most other skiving techniques, allowing the production of large numbers of catheters that meet strict design tolerances.

Laser skiving is often used in the production of printed circuit boards. Skiving can create a topology in the PCB board that helps with circuit mapping or cavity creation for components. Additionally, skiving can be used to remove excess dielectric material without harming the board’s circuit layers underneath, making it part of the finishing procedure for many printed circuit boards.

The possibilities with laser skiving are vast, and when the process is understood, manufacturers can design around our laser services to advance technology and produce better quality without sacrificing time or money along the way.  To learn more about laser skiving services for your application, contact Micron Laser Technology today or fill out a convenient contact information form to provide specific details about your laser cutting needs.

Learn about our laser services

Micron Laser Technology will respond to your request for a quote
the same day if submitted prior to the day’s end of the business.